The brief history of the Kennebunkport Police Department

The Town of Kennebunkport was established in 1821. The town first realized their need for a police officer in 1897 when the town asked for a police officer to patrol the “river village area” during the months of June, July and August.  The Policeman hired for this position was Isaac D. Adams.  At this time there was not an organized police department for the Town of Kennebunkport. There was also no formal training to become a police officer. For example, in January 1898 when the Ocean Bluff Hotel burned down, the town hired seven people to act as “watchmen”.

In March of 1898 at the annual town meeting it was determined that a “suitable police force” should be established and that the town should provide a new building with a proper place to hold subjects who were arrested.  One thousand dollars was appropriated to pay for constables and those who were hired as police officers. The thousand dollars was also used to provide a “lockup” as well and a building to store it in. At this time during the evening hours it would not be uncommon to find Lemel M. Brooks patrolling the area. The town of Kennebunkport hired Lemel M. Brooks as a police officer for the months of July, August and September.

As the mass production of the gasoline powered automobile grew more affordable for the general public so did the population of people in the town of Kennebunkport. More people visiting in turn brought more vehicles to the Town of Kennebunkport.  This brought traffic and motor vehicle accidents. The Town of Kennebunkport tried to combat some of the issues caused by motorists by installing the “silent policeman” in 1926 (the white wooden monument at the intersection of Ocean Avenue and Dock Square).

In 1974 John A. Prescott became the Chief of Police.  In 1984 a full time Court Officer and full time dispatchers were worked into the budget of the Kennebunkport Police Department. Police cruisers then cost the town $15,000.

The department currently employees 12 full time police officers, 1 administrative assistant, and four dispatchers. The police department also hires Community Service Officers and Reserve Officers who are employed to offset the busy times of year. The Kennebunkport Police Department has had the unique privilege to assist with the protection of sitting and retired presidents along with countless foreign dignitaries. As always, our main goal is to stand ready to serve our ever changing community. 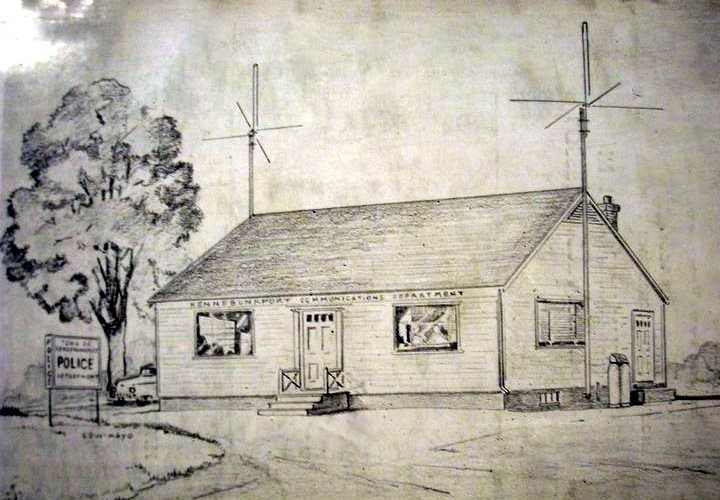